Vote for me by clicking here!

Follow Herding Chickens and Other Adventures in Foster and Adoptive Care on WordPress.com 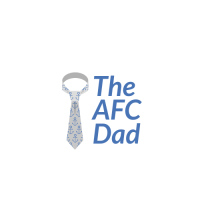 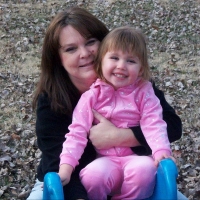 I slept until 11:00AM! Instant panic on my part. Was Carl OK?! I went to bed at 9:00 PM the night before.  I was exhausted after the physical therapy session I had at my house. I took my first steps without my walker (2 in grand total.) Thank goodness my husband was awake to care for Carl in the morning and meet his needs. It doesn’t matter that Carl is 11 and not 5 anymore. This can set off the trigger alarm.

You see, my kids come from a home with a junkie mom. She was an addict. She had mental health conditions. She would go to bed and not get up for weeks. Sometimes she would lock the kids out of her bedroom and let them take care of themselves. Mary was 4 and Carl was 5 when they were removed from her care during a drug raid.

I know it sounds harsh, but these are the facts. An unresponsive mom in bed has been a terrible threat to their survival in the past. It doesn’t matter how much of this trauma they remember. It stays in their brains and tells their bodies, “Warning! Fight or flight! This is survival!”

Later that day I ended up back in bed, crying from terrible back spasms. The pain ripping through my spine was nothing compared to the pain I could see on my son’s face. Minutes before we had been goofing around as a family, and my husband startled me. Somehow I jumped or moved in surprise and set off a series of merciless spasms through my surgical incision and deep into the muscles surrounding my spine. I took my pain meds, got on my ice pack, and reassured everyone that I was fine.

It didn’t matter, because in Carl’s mind suddenly his caregiver was unreliable. The following is the closest I could come to understanding the conversations we had with Carl the rest of the evening:

Carl: (whining,moaning and stomping around) I don’t want to take a shower tonight! I’m not as smelly as you guys think! I don’t have to shower!

Carl’s Brain: I must stay where I can see my caregivers. Something bad could happen to mom. No one would take care of me and then I could die. I must get some control over this scary situation. Control lets me feel like I can take care of myself.

When he is scared we offer choices to give him some control. He can pick to shower downstairs in his shower or upstairs in our shower, using my trendy new shower seat (you KNOW you’re jealous!)

Carl: (from inside our shower, where he has successfully showered many times before) “You guys have to help me! I can’t turn the water on! It isn’t working. I need help!!”

Carl’s Brain: Are my caregivers still out there? I’m scared I might be alone. What if they aren’t able to take care of me. I have to know they are still caring for me or I will be all on my own again. And then I might die!

My husband “fixed” the shower for him. Carl called out to us every so often and we responded from close by. Showers tend to soothe him. He came out of the shower and demanded (really close to bedtime, and quite rudely) to build the new crystal growing science kit he got for Christmas.

With soft words and soft eyes, I responded, “Are you asking or are you telling? Would you like to try that again? It sounds like you have something important to tell me but I need you to use your nice words.” (I am totally attempting to channel Karyn Purvis)

Carl: (Taking a deep breath) “Can we please build one of my crystal growing kits?”

Carl’s Brain: Are you still able to take care of me? Can I rely on you? If I cannot win your attention and care I will be all on my own again and I might die!

Me: “It sounds like you’re asking for something we may not be able to finish tonight. (Carl huffs and stomps and moans) Bring both kits up here and let’s see if we can make a compromise.”

In the end, after lots of groaning from Carlos, one of the kits was a 15 minute project. I suited up in my back brace and got on my walker. Carl ran and got all of the necessary ingredients. Now we are growing crystals on top of a filing cabinet upstairs. We agreed the big glow-in-the-dark crystal growing experiment would be saved for Thursday.

As I said goodnight to Carl I could sense he was panicking again. I held him close to my chest in a big hug as we practiced our deep breathing. I looked him in the eyes and said, “Honey I know you were having some big feelings tonight. You were panicking a little bit.” He nodded in agreement. “It’s OK, honey, I will always be here. I am always going to take care of you.”

After another giant hug and our normal goodnight routine, he followed Dad downstairs without any further issue. It seemed like he finally felt safe. Not every night goes this smoothly. Fear is tricky, because it can come out looking like anger and defiance. Tonight I was able to translate the trauma trigger coming from Carl’s words. So tonight, I’ll take that as a win. **Names have been changed to protect the privacy involved.

The whole family has been “cooked”. We are wildly flopping our noodle arms around the room and bobbing along on freshly noodled legs. My family of spaghetti is dancing around the therapist in a freshly cooked state with their therapist. God bless her!

Our whole family is learning and practicing coping skills to help with “big feelings.” Because of past trauma and PTSD, our children can quickly become dis-regulated. Once their “fight-or-flight” response is triggered, they can become dangerous to themselves and the rest of the family. Our goal is to catch their escalating emotions and intervene before they get to this point.

My husband and I will often start a coping skill while the child is dis-regulated and hope they will join in. We can often sense when an outburst is brewing long before they even know that their feelings are beginning to take over the “driver’s seat.” I am, by no means, a therapist or a neurologist. I will, however, try and paraphrase the experts as I show you some of the things we have learned. Here are some of the calming strategies we have tried. Feel free to add your own in the comments section!

There is a tutorial available online for this. The basic idea is to have the child tense up their body like uncooked, stiff pasta. Then they “cook” it either all at once or lying down and one body part at a time. The cooked child becomes limp and floppy. We prefer to stand up so we can dance around in our wiggly, floppy, “cooked” state!

Sometimes deep pressure activities provide a sensory feedback that is needed to sort of bring the child back down into a “grounded” feeling and a sense of body control. Some children prefer a weighted blanket. We use a Velcro vest that we tighten according to the child’s preference. The tight squeeze is soothing to our kids.  We also have body gloves that can encompass the child completely. They can see out, but you can’t see in. This gives pressure feedback but also a sense of safety and privacy. And it looks super cool!

We spend quiet happy times massaging lavender-scented lotion into each other’s arms and hands. That way, our children associate the smell of lavender with calming and nurturing. Once their Amygdala assigns an emotional state to the scent, then the scent can be used to activate this calming state. Now, in times of stress we can nonchalantly open up the lotion and apply it to ourselves. Then, when Carl or Mary are ready, we can give a soothing hand massage. This is also true for objects that smell like mom and dad. Our dirty shirts from yesterday can be worn by the Littles in times of stress. Believe it or not, these smells are soothing and comforting to children in distress. Yup, they love our stink!

Warmth is a basic human need. We are hard-wired to seek out good, warmth, and shelter. We have a heating pad that plugs in and helps warm the back of any child who is becoming dis-regulated. A fuzzy blanket, heating pad, and snuggles are often a good way to soothe a frightened child. We have also ordered heated stuffed animals (accented with lavander!) that our chickens can microwave and hold close. You can make this yourself with a sock or small bean bag. Fill it with beans or rice and a few drops of lavender essential oils. Sew shut and microwave for warm hugs!

When any animal-even humans- perceived danger, they enter into a state of primal fear. This is also known as the fight-flight-freeze response. Children who have been traumatized are often operating very close to this fear-based survival state much of the time. Their pupils will dilate and their breathing will be rapid and shallow. When the survival brain kicks in, the thinking brain shuts down. The beast way to bring your child back to their “thinking” brain is through breathing.

Slow their breathing and you can calm their neuro-response. Our kids’ super-swell therapist gave them jelly belly bubbles to blow. They are awesome! These bubbles are scented like Jelly Belly candy so they automatically trigger happy candy memories in the brains Amygdala. Plus, blowing bubbles will force the child to slow their breathing down.

We also like “Lazy 8 Breathing” from the Zones of Regulation curriculum. This has the child trace a sideways figure 8. They breathe in on one side and out on the other. This is also used in Brain Gym activities in part to have the child cross the midline of their brains. It’s calming and it activates different areas in the brain to work together.

Please feel free to add your own ideas about calming your child’s stress responses. How do other Trauma Mamas out there help kids to regulate their emotions?

When all is said and done, I have to thank our therapist. So, here it goes.  Thank you for cooking my children!

**Please note that I am in NO WAY a certified professional in the areas of occupational therapy, psychiatry, psychology or counseling. I am a special education teacher by day and a trauma-mama by night. See your own child’s professionals for specific plans. Thanks!

Adventures of my instant family

Grafting In: Forming a Family Through Foster Care & Adoption

Raising grandchildren, while loving those affected by addiction. Living by Hope and God's grace.